GWA Group flush with agile opportunity thanks to cloud transformation 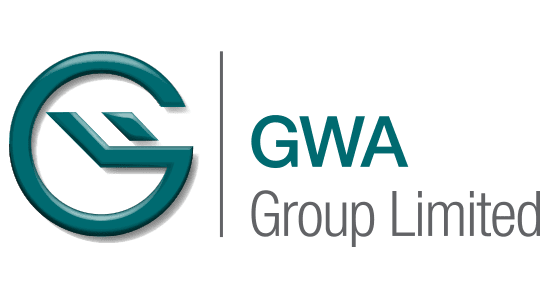 This article originally appeared on the Microsoft News Centre here.

ASX listed company GWA Group has been in the business of supplying bathroom, kitchen and household fittings for over three decades – and constantly seeking ways to build a better business. As the company behind well-known brands such as Caroma, Dorf and Methven, GWA is now exploring how intelligent technologies can streamline operations and boost its business.

A digital transformation involving the wholesale transition of information systems to Microsoft Azure has set the business up for success as it expands into new areas and explores fresh opportunities.

Ryan Clarke is GWA’s platform project manager, and responsible for managing and optimising the company’s Azure based solutions. When he joined the company in 2017, GWA was a Google shop, using Google Docs, Google Apps, Google Drive, and Google Hangouts. It was limiting, says Clarke.

“Even for someone like myself with a technology background, you had to come in and retrain yourself on everything. We needed to transition across to something that was more modern, more easily adopted.”

That prompted GWA’s move off Google, into Office 365, and its progressive shift away from its own data centres and into Microsoft Azure. “Give it a few years, we’ll be fully Azure,” says Clarke, adding that the company has worked with Microsoft partner the Cloud Collective on the transformation.

Moving to Azure and Office 365 meant an instant benefit for employees collaborating with other companies or suppliers, says Clarke. “When you’re on G suite and you’re sending Google Docs and you’re in Gmail, and then you’re getting back Word documents there’s always little bits that just didn’t work. It forced a lot more sharing of documents.” As a result, shreds of company information were being left with suppliers and customers, making GWA uncomfortable about the associated risk.

The move to Office 365 dramatically reduced that risk because information can be more securely accessed – and also sliced the time taken for induction of new employees. Instead of taking an hour and a half to train people on the company’s computer systems, new employees can be up and running with Office 365 in just 20 minutes.

“The whole modern workplace end-to-end journey was completed only a couple of months prior and allowed GWA to be pretty much 100 percent productive through COVID.”

The digital transformation and migration to Azure meant GWA was able to rapidly and seamlessly switch to remote working when COVID-19 struck.

“Realistically, if we hadn’t had done that, just by luck, we would not have got through COVID like we have,” says Clarke adding that only GWA’s warehouse personnel physically went into work during the pandemic. Even GWA’s call centre people – who are located across Australia – used Telstra Calling for Office 365 in order to work safely and productively from home.

“The whole modern workplace end-to-end journey was completed only a couple of months prior and allowed GWA to be pretty much 100 percent productive through COVID,” says Clarke. The technology supported GWA’s global team of around 700 people – most in Australia with around 150 in New Zealand, 50 in the UK, and a small team in China.

Once the pandemic abates, Clarke expects that there will be the opportunity to retain some of the new way of working in the future – for example achieving more of a balance between in-office and from-home working with no loss of productivity.

Senior executives have also seized the opportunity to mix up their way of working – often with very positive results.

“Our Managing Director, Tim Salt, will do a monthly business update. We previously used a Lifesize solution which was complex and cumbersome. Every time we ran the meeting, I had a team of people setting it up the day before, a team of people running it, it was just inefficient. And that was only site-to-site. It was like 50 people in this room, 20 people in that room, just getting six or seven sites connected.

“During COVID, we had a Teams call for the monthly business update, and I think we topped out at near 300 people connected. So people have adopted it. It’s almost like business as usual.”

Clarke’s role as platform manager is to ensure that GWA continues to extract maximum value from its investment in Azure and Microsoft 365. Its E5 licence allows it to unlock key solutions – such as Teams Calling, Analytics and enhanced security – all the time.

It has also allowed for the consolidation of security solutions including decommissioning Kaspersky anti-virus tools and Airwatch, relying instead on Microsoft Defender ATP for Antivirus and Intune for modern device and mobile management together with Azure Active Directory identity underpinning the entire solution.

To further support staff working remotely, GWA has also rolled out Windows Virtual Desktop along with Azure VPN allowing it to start decommissioning Citrix for application virtualisation as well as Citrix Netscaler.

“GWA has a history of acquisitions and divestitures, and I don’t think that’s going to change. I think the cloud platform, and the whole modern workplace journey has enhanced their ability to onboard potential new acquisition targets very easily.”

“We worked with them on their recent acquisition of Methven which was one of their larger competitors based in New Zealand, who had a global presence. Bringing all that information and services back into the GWA Australia platforms was a pretty easy process.”

Azure’s global footprint and scale is important to ensuring GWA’s agility and supporting its expansion he adds.

“The UK business effectively came on board late last year, but there are still some workloads that exist in a private cloud over in the UK which will be migrating across to Azure shortly. The ability for them to say, ‘You know what? We’re going to spin up some resources in the UK region in Azure and migrate those applications provides so much agility. Having an alignment to Azure, which has got the largest number of data centres out of any public cloud provider is pretty compelling.”

He adds that key to their success is that GWA is agile by nature and has stripped away much of the red tape associated with digital transformation. According to McLean that’s had a huge impact on the company’s IT team; “I think that’s been a big part of their success to be agile within their own organisation, to adopt those technologies quickly and get the return on investment. From a people perspective, going all in on the Microsoft Cloud has effectively allowed their team to be more efficient. The integrated nature of the platform enables simplified, optimised and consolidated management, leaving them to focus on more strategic technology initiatives.”

“The quicker they can adopt and deploy the workloads and get a return on investment, the better – and I suppose the happier – they are as a business. I think their ability to test and try and adopt quickly has been a big part of their success.”

How to use Microsoft Teams like a pro: your guide to MS Teams

The four productivity challenges that threaten your modern workplace

Partnering with Quorum: How Migration Expertise Makes Them The Perfect Partner for Major Kitchen and Bathroom Distributor in Australia